“Sheriff: Suspect in newborn kidnapping in own cell”

Colorado woman charged with kidnapping a newborn baby who was found alive after being left outside in freezing temperatures last week is being jailed away from the general population for safety reasons, an Iowa sheriff said Monday.

Kristen R. Smith, 31, is being held in her own cell at the Cedar County jail in Tipton, Iowa, while she awaits transfer to federal custody to face the kidnapping charge, Sheriff Warren Wethington said.

“I don’t feel comfortable putting her in with the general population due to the circumstances and media coverage other inmates would have seen,” he said. “Some of the inmates over there are mothers, sisters, nieces and aunts. I don’t think it would be in the interest for her safety.”

Federal prosecutors charged Smith with kidnapping Friday, hours after a police chief discovered missing Wisconsin newborn Kayden Powell behind a gas station in West Branch, Iowa. The baby, wrapped in blankets and left in a plastic storage bin, was alive and well despite being left in freezing weather for up to 29 hours.

The FBI alleges Smith took the boy from her half-sister’s home in southern Wisconsin early Thursday, five days after Kayden was born, and began driving to her Denver home. After the boy’s mother discovered he was missing and called police, an officer reached Smith on her cellphone while she was passing through Iowa and instructed her to stop for questioning.

An officer who met Smith at a gas station in West Branch, Iowa, found no sign of Kayden. Smith repeatedly denied any connection to the disappearance, but she was taken into custody on a warrant from Texas charging her with tampering with government records and fraud. 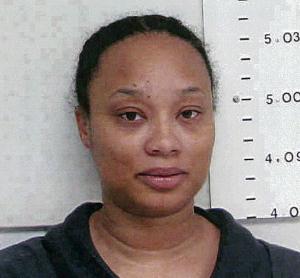 About 29 hours later, a police chief found the baby outside a nearby gas station. The boy was reunited with his parents at an Iowa hospital, where he was discharged in good condition.

After the discovery, the FBI says Smith admitted that she took the baby and put him there. Investigators found online communications in which she falsely claimed to be pregnant or have given birth and a prosthetic pregnancy belly in her car.

Smith has an extradition hearing scheduled Friday on the Texas charge, but authorities said they believe her next move will be to Wisconsin because the federal case gets top priority.

Federal prosecutors in Madison have issued an arrest warrant for Smith, which gives them the power to place her in federal custody anytime. They will likely wait at least until a grand jury hands down an indictment, which could happen next week.

An attorney representing Smith in the extradition, Victoria Noel, didn’t return a message from The Associated Press.