When You Really Need to Go to the ER 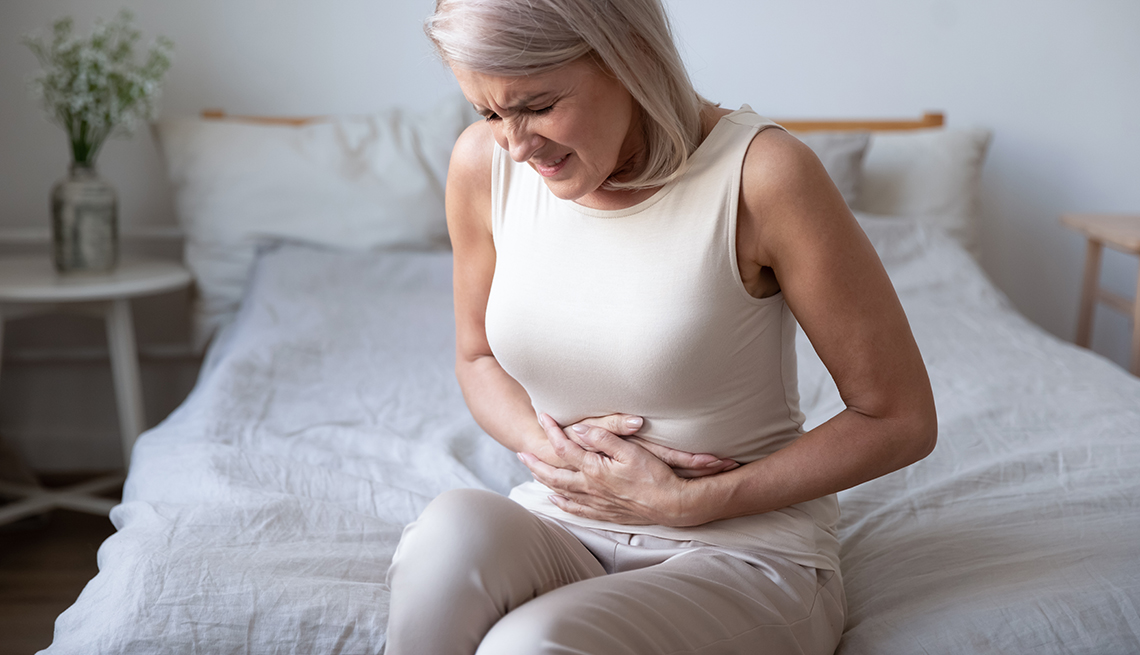 En español | In the past several weeks, examples have mounted of the tragic consequences of people delaying a trip to the ER because of fears of contracting COVID-19. A national American College of Emergency Physicians (ACEP) poll released this week shows the extent of the worries of older patients in particular: Nearly one-third of people over 50 said they had delayed or avoided seeking medical care because of concerns about contracting COVID-19. Unfortunately, the end result of delaying medical care can be devastating.

In case you need to head to the hospital, doctors suggest you consider packing a bag with the following:

“The other day a man in his 50s came to the ER dying from a heart attack,” says Avir Mitra, an emergency medicine physician at Mount Sinai Hospital in New York City and a spokesperson for ACEP. “He’d experienced symptoms for three or four days before coming to the ER. He pulled through, but we struggled to keep him alive.” Some people, however, don’t survive delays in treatment. “There’s been an uptick in 911 calls from people who were ultimately found dead in their homes due to neglected symptoms,” says Benjamin Lebwohl, a gastroenterologist at NewYork-Presbyterian and Columbia University Irving Medical Center in New York City.

Medical experts stress that there’s no need to fear the ER. Nearly all hospitals have separated coronavirus patients from those with other conditions. At many facilities, there are different areas of the ER, intensive care units (ICUs), operating rooms and cardiac catheterization rooms for people with and without COVID-19, says Athena Poppas, chief of cardiology and professor of medicine at the Alpert Medical School of Brown University; director of the Lifespan Cardiovascular Institute of Rhode Island, Miriam Hospitals and Newport Hospitals; and president of the American College of Cardiology.
Here are life-threatening symptoms doctors say should lead you to immediately call 911, now or anytime.

Chest discomfort, nausea, difficulty breathing and/or lightheadedness. Symptoms of a heart attack — in which blood flow to an artery in the heart is blocked or reduced, starving the organ of oxygen — can be subtle, and they often differ for men and women. Classic signs include heaviness, tightness or a squeezing sensation in the chest that may radiate to the neck, arms and jaw. The discomfort can be mistaken for indigestion. These symptoms often occur along with trouble breathing, sweating, nausea and lightheadedness. Women may experience less chest discomfort than men but may have nausea and shortness of breath. If you have any of these symptoms for more than 10 to 20 minutes, call 911. “For every hour that you delay medical attention, you reduce the chances of the heart muscle surviving,” Poppas warns.

Save 25% when you join AARP and enroll in Automatic Renewal for first year. Get instant access to discounts, programs, services, and the information you need to benefit every area of your life.

Putting off treatment can lead to death or permanent heart damage and heart failure, in which the organ can’t pump enough blood throughout the body, causing fatigue and labored breathing.
Such was the case with one 75-year-old patient who put off visiting her nearby Rhode Island hospital because of her fear of COVID-19. As a result, she experienced heart failure. “Her quality of life has been reduced, and she has a shortened life expectancy,” Poppas says.

In other cases, waiting too long means that certain treatments won’t work. A heart attack patient in his 50s, Poppas recalls, waited nearly a day to go to the ER, a delay that cost him the chance to be treated with a stent to open his blocked arteries. Consequently, he suffered heart damage and now takes medication to prevent another heart attack. Facial drooping, arm weakness and trouble speaking
ER visits for a stroke, which occurs when a blood clot blocks blood flow in the brain or a blood vessel ruptures, have dropped by 20 to 30 percent since the pandemic began, says Ralph L. Sacco, M.D., chief of Neurology Service at Jackson Memorial Hospital in Miami and past president of the American Academy of Neurology.

People who experience mini strokes, or transient ischemic attacks (TIAs) — in which blood flow to the brain is temporarily blocked — are likely to avoid the ER because symptoms are fleeting. They may have facial drooping, arm weakness and difficulty speaking for up to an hour, and then the symptoms disappear. But someone who experiences a TIA is at risk of suffering a major life-threatening stroke within 48 hours. “If we can perform brain imaging tests to determine the cause of a TIA, then we can prescribe the appropriate treatment to prevent a major stroke,” says Sacco. The possible results of a stroke include disability, such as trouble speaking, swallowing and walking, as well as death.
Signs of a major stroke include sudden numbness, especially on one side of the body; sudden confusion; and sudden trouble walking and/or seeing. Getting immediate treatment is critical because “every minute counts,” Sacco emphasizes. If a patient comes to the ER after four and a half hours, he can’t be treated with a clot-busting drug, which is prescribed for the most common type of stroke.
Sudden, severe abdominal pain

If you experience abdominal pain that strikes suddenly and worsens, you might have a serious condition that requires immediate treatment. The most common causes are appendicitis, diverticulitis, pancreatitis or cholecystitis (inflamed gallbladder). Initially, the pain may occur in a certain area, such as the lower left part of the abdomen in the case of diverticulitis. Over time, however, the discomfort can spread throughout the abdomen. If any of these conditions goes untreated, it can lead to perforation of the gastrointestinal tract. “Inflammation can lead to a tear in the lining of any of the organs affected by these conditions,” Lebwohl explains. “This can cause bacteria to spill into the abdominal cavity, leading to a life-threatening infection that can spread to other parts of the body.” If you’re unsure about the severity of your pain, contact your physician for a telehealth appointment before heading to the ER. Confusion, low-grade fever and/or an urge to urinate.

You’re probably familiar with the classic signs of a urinary tract infection (UTI): a strong, frequent urge to urinate, a burning sensation during urination, blood in the urine, a low-grade fever and pain above the pubic bone. But when you get older, symptoms may be more vague. “People over 70 may not experience a frequent urge to urinate,” Mitra notes. “They may feel generally unwell and more confused.” Indeed, one of the most common causes of confusion in people 65 and over is a UTI, says Jennifer Stankus, an emergency physician at Madigan Army Medical Center in Tacoma, Washington.
While this bacterial infection may seem benign, it can become serious. Left untreated, a UTI may progress from the bladder to the kidney to the bloodstream. It’s a leading cause of death in hospitals, says Mitra.

An elderly patient in Washington with UTI symptoms waited a few weeks to be treated. By the time she arrived at the hospital, the infection had spread to other parts of her body and she had developed sepsis. As a result, she had a long ICU stay, Stankus says. “Most older people have other health problems, such as diabetes or heart disease, and becoming septic can worsen those conditions,” she says. Large amounts of blood in your stool. The sight of blood in your stool may be alarming, but it doesn’t always signal an emergency. For instance, hemorrhoids can cause a small amount of bleeding, but they don’t require a trip to the ER, says Lebwohl. A large amount of blood, on the other hand, calls for immediate evaluation, as it may signal a peptic ulcer (an open sore on the lining of your stomach or small intestine) or diverticulosis, a condition in which there are small sacs in the wall of the colon. The blood may be red or may appear as a black, tarry, liquid bowel movement.  “Severe bleeding can cause a drop in blood count that can be dangerous for the heart,” Lebwohl cautions. “It can also cause dehydration and a drop in blood pressure.” Excessive bleeding can also increase your chances of needing a transfusion, says Mitra. Report your symptoms to your doctor via a telehealth appointment before heading to the ER.