“Not like I did anything illegal,” one of the cops wrote on Facebook, according to a federal complaint filed against him. 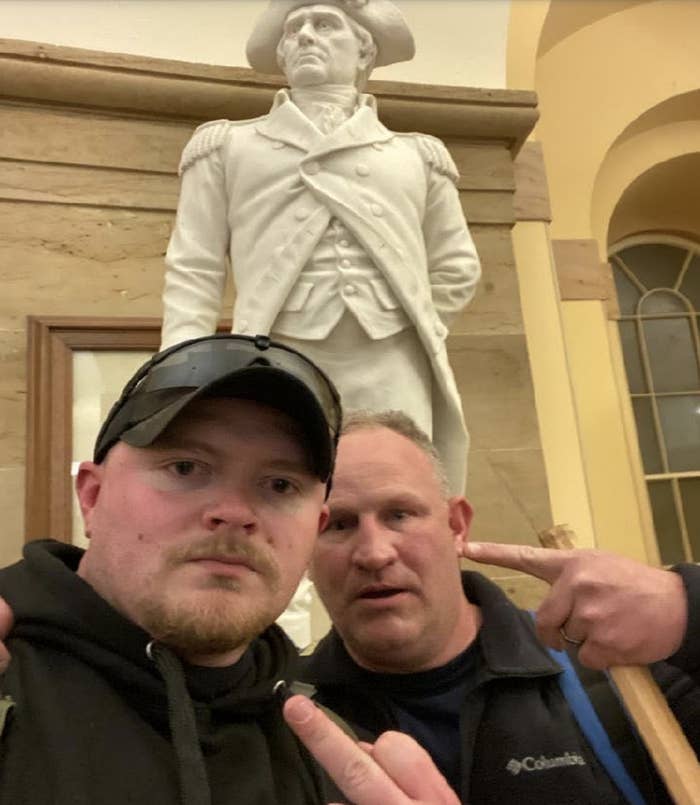 The two Rocky Mount, Virginia, officers — who had traveled more than 200 miles to attend last week’s events in DC — are among dozens of people who have been charged by federal prosecutors. The mob of violent Trump supporters stormed the Capitol in an attempted coup that left five people dead.

After the attack on the Capitol, the two police officers posted pictures of themselves inside the building on social media — and sent copies to their colleagues in the police department, according to an affidavit.

In a statement, the Rocky Mount Police Department said the officers have been put on administrative leave and the case was under review. In one social media post, Robertson himself described the breach of the Capitol as an attack. “CNN and the Left are just mad because we actually attacked the government who is the problem and not some random small business,” he posted on social media, according to court records. “The right IN ONE DAY took the f***** U.S. Capitol. Keep poking us.”

On Facebook and Instagram, Robertson added he was proud to have been “willing to put skin in the game.” According to the affidavit, he claimed that he had been allowed into the building by Capitol Police.

Although the selfie appeared to show them in the middle of committing a crime, Fracker dismissed concerns about it apparently raised by his friends on Facebook.

“Lol to anyone who’s possibly concerned about the picture of me going around,” Fracker wrote. “Sorry I hate freedom? Sorry I fought hard for it and lost friends for it. Not like I did anything illegal, WAY too much to lose to go there but y’all do what you feel you need to lol.”