At a joint review board meeting, officials discussed environmental concerns regarding the facility and pending status of Illinois’ decision. 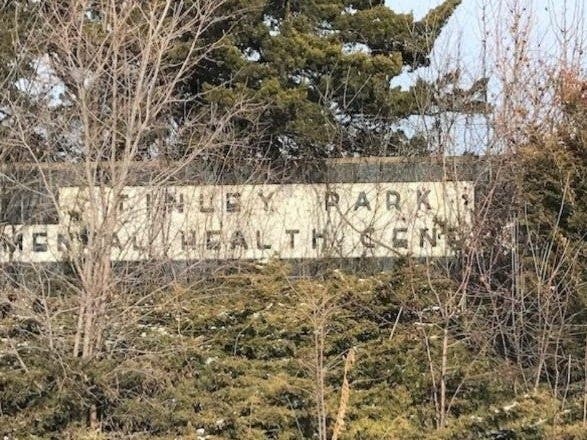 TINLEY PARK, IL — A discussion on the Tax Increment Financing (TIF) district that includes the Mental Health Center In Tinley Park took place at a Joint Review Board Meeting in the Village Wednesday afternoon. The village expressed their continued interest in the site for redevelopment purposes, concerns regarding conditions and environmental issues, and the pending status of the state of Illinois’ decision on what to do with the vacant facility.

The facility closed in 2012 and was the last of 13 state facilities of its kind built. An inspection of the Mental Health Center, 7400 183rd St, took place earlier this year, revealing the property has numerous environmental concerns.

All buildings on the long-vacant property at the northwest corner of 183rd and Harlem were found to be filled with asbestos and black mold, an Illinois Environmental Protection Agency inspection found last December. Various barrels of unlabeled contaminants were also found throughout the property.

At the meeting, Village Treasurer Brad Bettenhausen and Assistant Finance Director Andrew Brown fave updates and TIF information to the board.

“The site has become a politically charged issue with concerns about current conditions and environmental issues that have been amplified, while awaiting the state of Illinois’ decision on what to do with this property,” Brown told the board.

Potential redevelopment areas included in the TIF for the property include:

Brown and Bettenhausen said the TIF district has imposed an equalized assessed valuation (EAV) between Orland Township and Bremen Township, where the facility sits. Between the years 2014 and 2018, the EAV of Orland Township was 95 percent, leaving Bremen Township at 5 percent. However, in 2018, Orland had an 89 percent EAV with the property and Bremen had increased to 11 percent, according to officials.

The gross expected increment tax revenue of the property from 2016-2018 has decreased, according to officials. Beginning above 300,000 in 2016, the expected tax revenue has fallen to just slightly above 150,000 in 2018, officials report.

“The Village of Tinley Park has been poised to develop this property for a couple of years now, even in previous administrations,” Vandenberg said. “It would be helpful to have a cooperative state government that would be looking to move the vacant property — which is a surplus in their eyes — and clean it up to make it what it needs to be, which is a valuable development that will spur positive economic growth for our community and ultimately make the state look good as well.”

The mayor questioned how long the village would have to wait to cancel the TIF if no action comes from the state. Bettenhausen said the TIF has only been active for “five (to) six years,” and it would have to move beyond the halfway point before “pulling the plug.”

Bettenhausen also said when it comes to TIF expenses, there is no direct cost to the village to from an operational perspective, and said the cost per TIF in the village has gone down.

The facility opened in 1959 and Tinley Park annexed the property in 1967. The site was designed by Skidmore, Owens & Merrill and has two buildings: Maple Hall, built in 1967, and Spruce Hall, built in 1965. Brown and Bettenhausen said although the property is about 280 acres large, it was initially 400 acres. The officials stated 110 acres have been deeded to the village and others.

Illinois’ Department of Central Management Services is the state agency that oversees the property. The Spruce Hall-Medical Center had both asbestos and black mold preventing the team of inspectors from entering, according to an inspectors report in December 2019.

The Spruce Hall-Medical Center had both asbestos and black mold, preventing the team of inspectors from entering, according to the inspection report.

A plan in 2019 for the state of Illinois to sell the property to the village, who would then sell it to a group that would clean it up and construct a horse track and casino, went awry. Those plans were nixed in October last year, when Pritzker’s administration team informed the village they opted not to sell the property at the time.

In June, the state allocated nearly $17 million in funds for projects and improvements around Tinley Park. The Mental Health Center was the largest project, receiving $;15 million in the form of a grant to support the costs associated with environmental cleanup.