Shared from Across Illinois, IL

More one-time bonuses to come at stores and distribution centers. Target has around 95 Illinois locations. 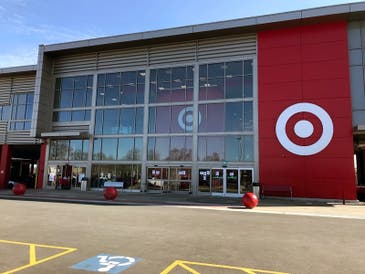 ILLINOIS — Target stores announced Thursday that the company is permanently raising its starting wage to $15 beginning July 5 at all of its locations, including in Illinois, where the retailer had around 95 locations as of early 2020.

Additional bonuses are coming, too. The stores will give a one-time $200 bonus to employees for working throughout the coronavirus pandemic.

Target said that with the pay announced Thursday, it will invest nearly $1 billion more this year than it did in 2019, including increased wages, paid leaves, bonus payouts, personal protective equipment and a donation to the Target Team Member Giving Fund.

“In the best of times, our team brings incredible energy and empathy to our work; and in harder times, they bring those qualities plus extraordinary resilience and agility to keep Target on the forefront of meeting the changing needs of our guests and our business year after year,” Brian Cornell, chairman and CEO of Target Corp., said in a release. “Everything we aspire to do and be as a company builds on the central role our team members play in our strategy, their dedication to our purpose and the connection they create with our guests and communities.”

The one-time $200 recognition bonus will be distributed at the end of July to eligible full-time and part-time hourly team members at stores and distribution centers, the company said. That is on top of bonuses of $250 to $1,500 paid in April to 20,000 hourly store team leads who oversee individual departments in Target stores.

Target granted a $2-per-hour temporary pay increase in March, which was extended twice, the company said.