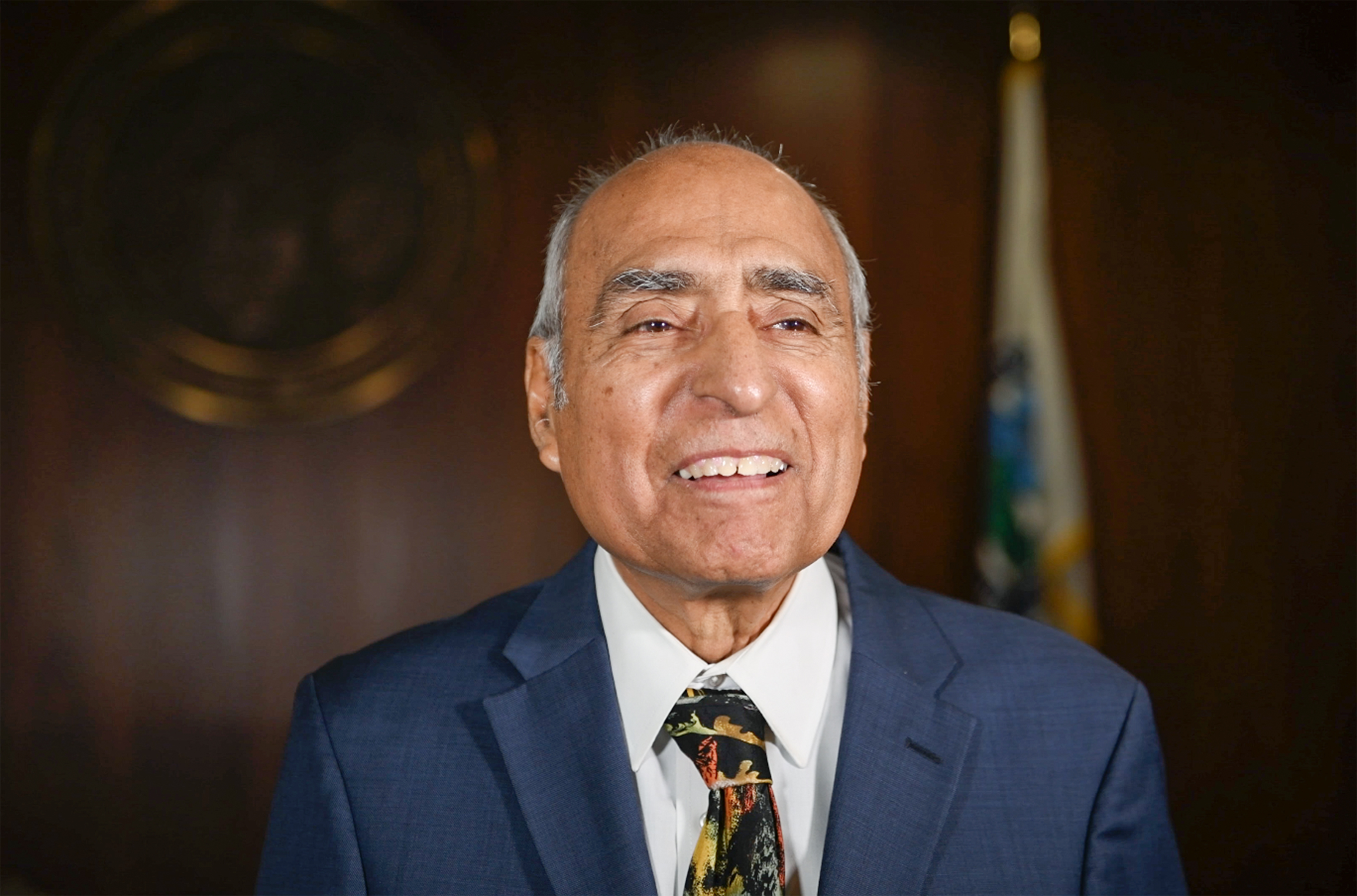 Metropolitan Water Reclamation District of Greater Chicago (MWRD) Commissioner Frank Avila has never shied away from his passion for the MWRD and protecting the water environment. Whether it was his nature-based solutions, flashy holiday sweaters or his tireless efforts to promote civil engineering, healthy diets, recycling and strong stances against herbicides and pesticides, he has always exhibited a dedication and enthusiasm toward serving his community and protecting the planet. But after three terms in office as commissioner over 18 years of service, Commissioner Avila is capping an unforgettable career and announcing his retirement. In honor of his long-standing service to the MWRD that extended multiple generations, the MWRD Board of Commissioners announced it will name the engineering facility at Stickney Water Reclamation Plant after Commissioner Avila.

“It has been a privilege of a lifetime to serve the people of Cook County for the last 18 years and it has been a labor of love to work in civil engineering for nearly 60 years. I look forward to seeing what the next chapter in my life has in store, but today I pause to thank so many of my fellow commissioners, staff, stakeholders and partners who have worked together to deliver an essential service that has benefited our taxpayers and environment,” said Commissioner Avila, who also serves as the MWRD chairman of finance. “I am proud of the many accomplishments we as a Board achieved, our responsible fiscal management, strong stewardship of the region’s wastewater and stormwater and innovative resource recovery programs. Together, we have grown the MWRD to one of the best-run agencies around that strives to protect our water resources, improve our environment and enhance our region’s way of life.” 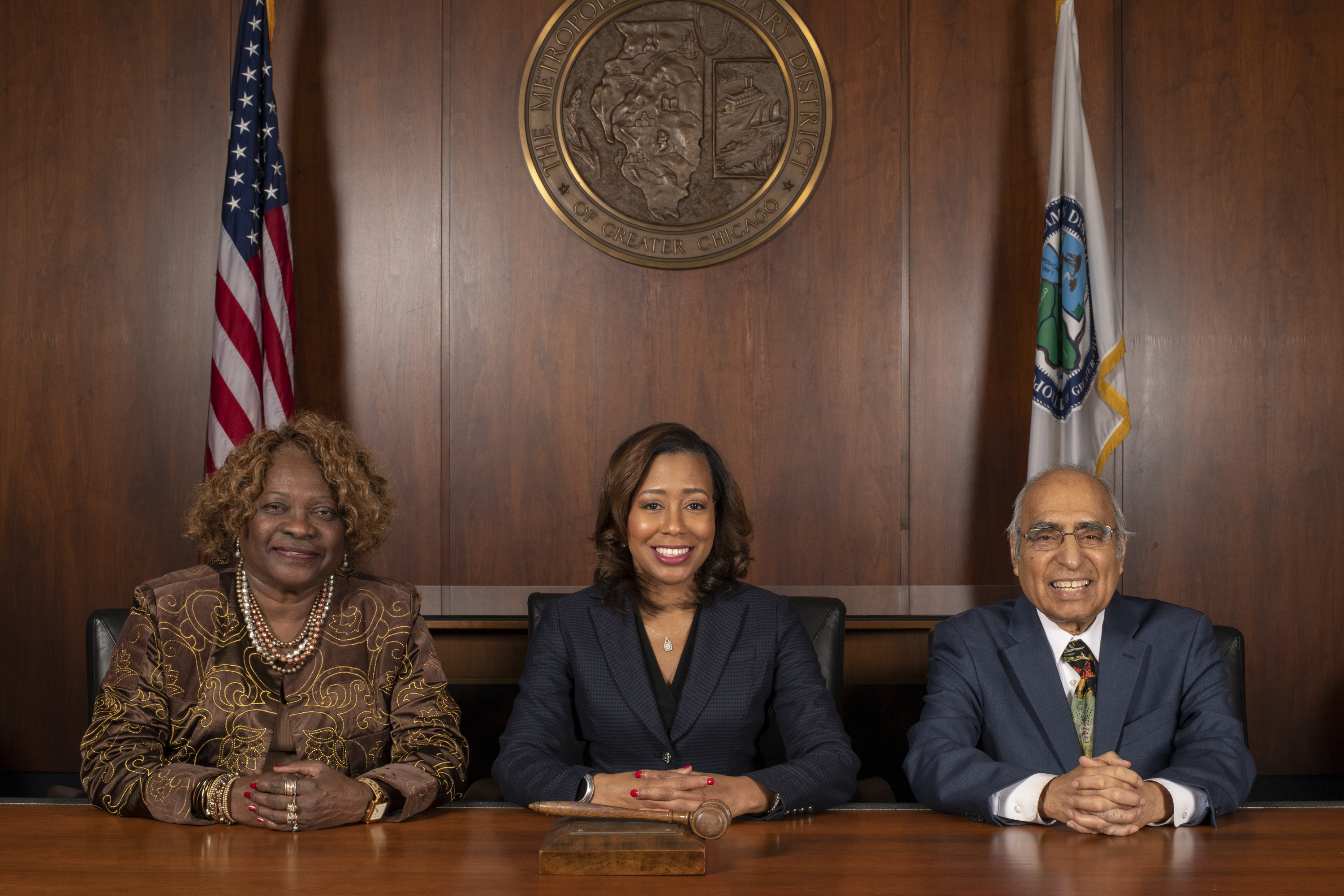 Commissioner Avila grew up on the near west side of Chicago, where he attended Ebenezer Grammar School and Carter Henry Harrison Technical High School. Upon graduation from high school, he earned a bachelor’s degree in Civil Engineering from the University of Illinois at Urbana-Champaign and later a Master of Science in Finance from the University of Arizona in Tucson. In 1962, he was hired by the then Metropolitan Sanitary District of Greater Chicago (later to become the MWRD).

He worked as a civil engineer in the Engineering Department’s Works and Sewer Section before leaving his post in 1966 to create his own engineering firm, Avila & Associates, Inc. After almost 36 years of working in the private sector, Commissioner Avila decided to sell his successful engineering firm and return to the MWRD as a commissioner. He was elected to the Board of Commissioners in 2002 and re-elected in 2008 and again in 2014. 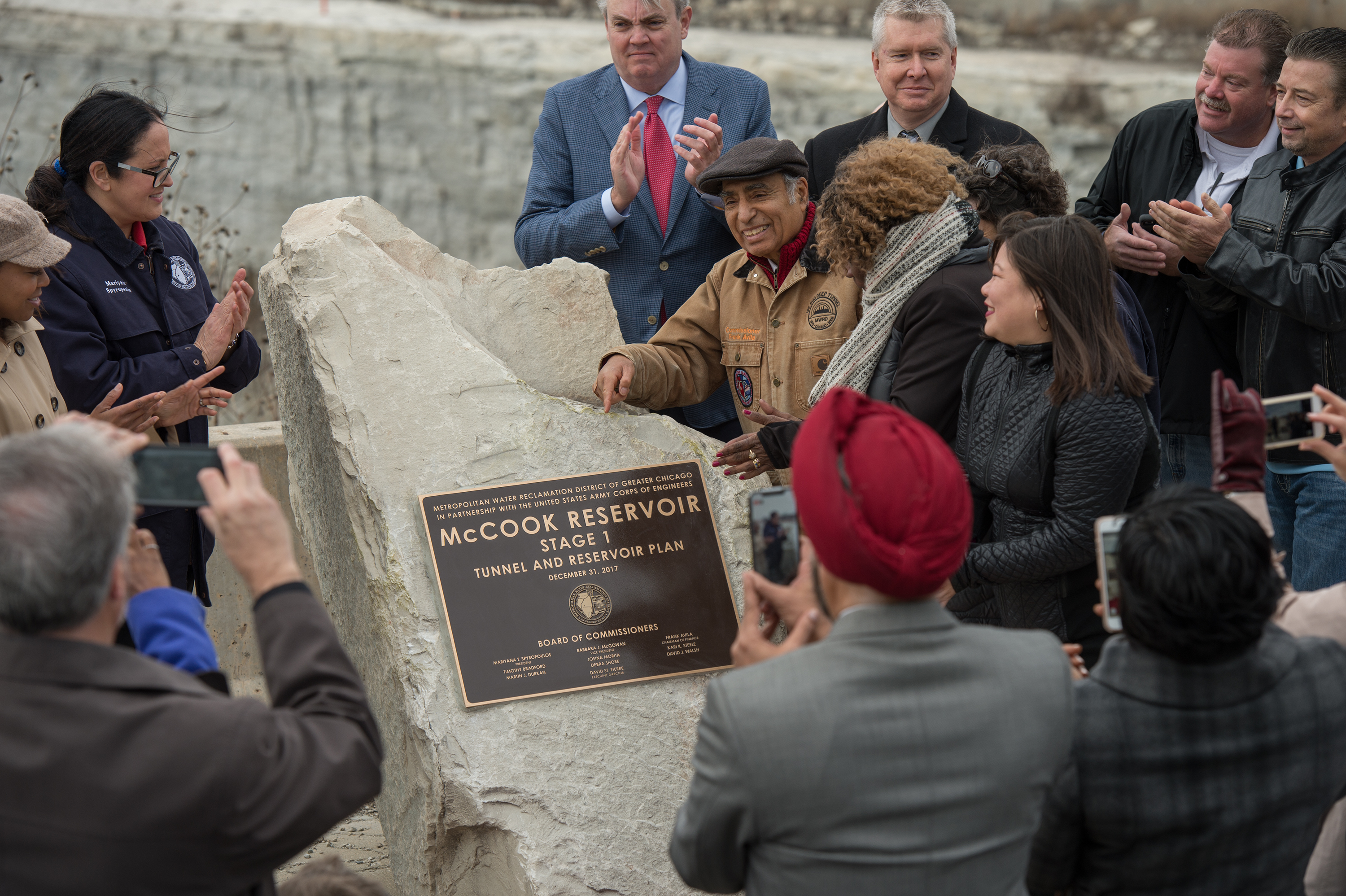 “We congratulate Commissioner Avila on an impressive career in engineering and water and thank him for his immeasurable contributions to the MWRD,” said MWRD President Kari K. Steele. “All of us as commissioners and staff at the MWRD have learned from Commissioner Avila, and we are grateful for the time he has spent with us as an engineer, as commissioner, and as Chairman of Finance. We wish him all the best on a happy and healthy retirement.”

During his time on the Board, Commissioner Avila served in various roles, including chairman of the Budget and Employment ,and Engineering committees and vice chairman of the Ethics and the Industrial Waste/Water Pollution committees, continuously pushing the MWRD to use environmentally friendly landscaping products that protect the water environment. In 2015, he was elected by his fellow commissioners as chairman of the Finance Committee. Under his watch, this year the MWRD was affirmed with a AAA credit rating from Fitch Ratings Agency, which cited the MWRD’s stable outlook despite volatile economic times during a global pandemic. 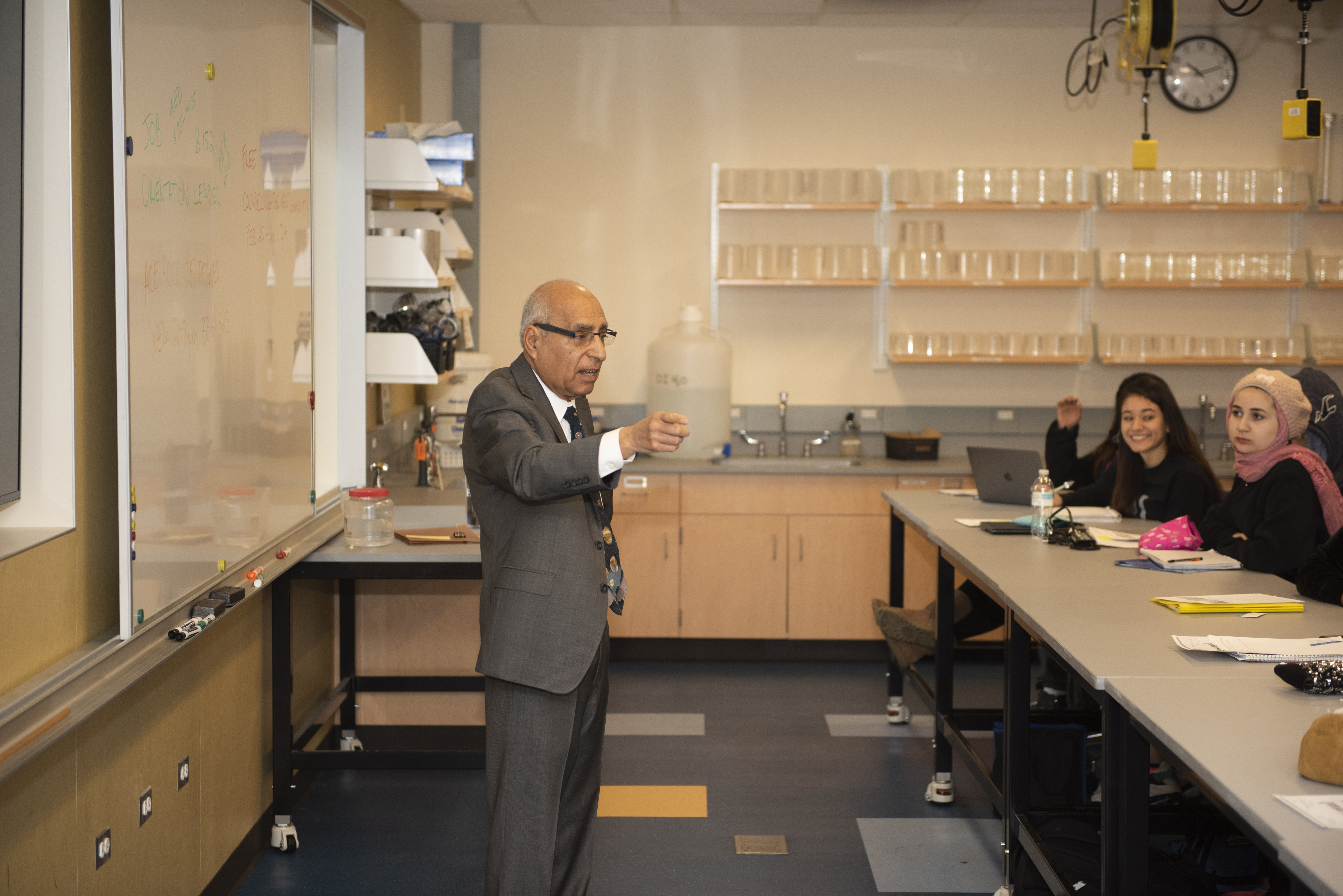 The commissioner’s extensive background and experience have aided his understanding and support of the MWRD’s many complex engineering projects and earned him acclaim from several professional and environmental organizations. Commissioner Avila has received numerous awards throughout his career, including the Water Environment Federation’s 2015 Public Officials Award, the Little Village Environmental Justice Organization’s 2015 Environmental Justice Champion Award, the Illinois Section of the American Society of Civil Engineers’ 2012 Citizen Engineer of the Year Award, and the Society of Hispanic Professional Engineers 2013 President’s Award.

“We thank Commissioner Avila for his technical, environmental, and financial knowledge he brought the Board of Commissioners and his unending dedication to the MWRD and the five million residents we serve,” said MWRD Vice President Barbara McGowan. “We wish him the best in retirement and will miss his steady presence in the MWRD boardroom. His unique talents and passion for the MWRD created an enduring legacy that will stand for generations to come.” 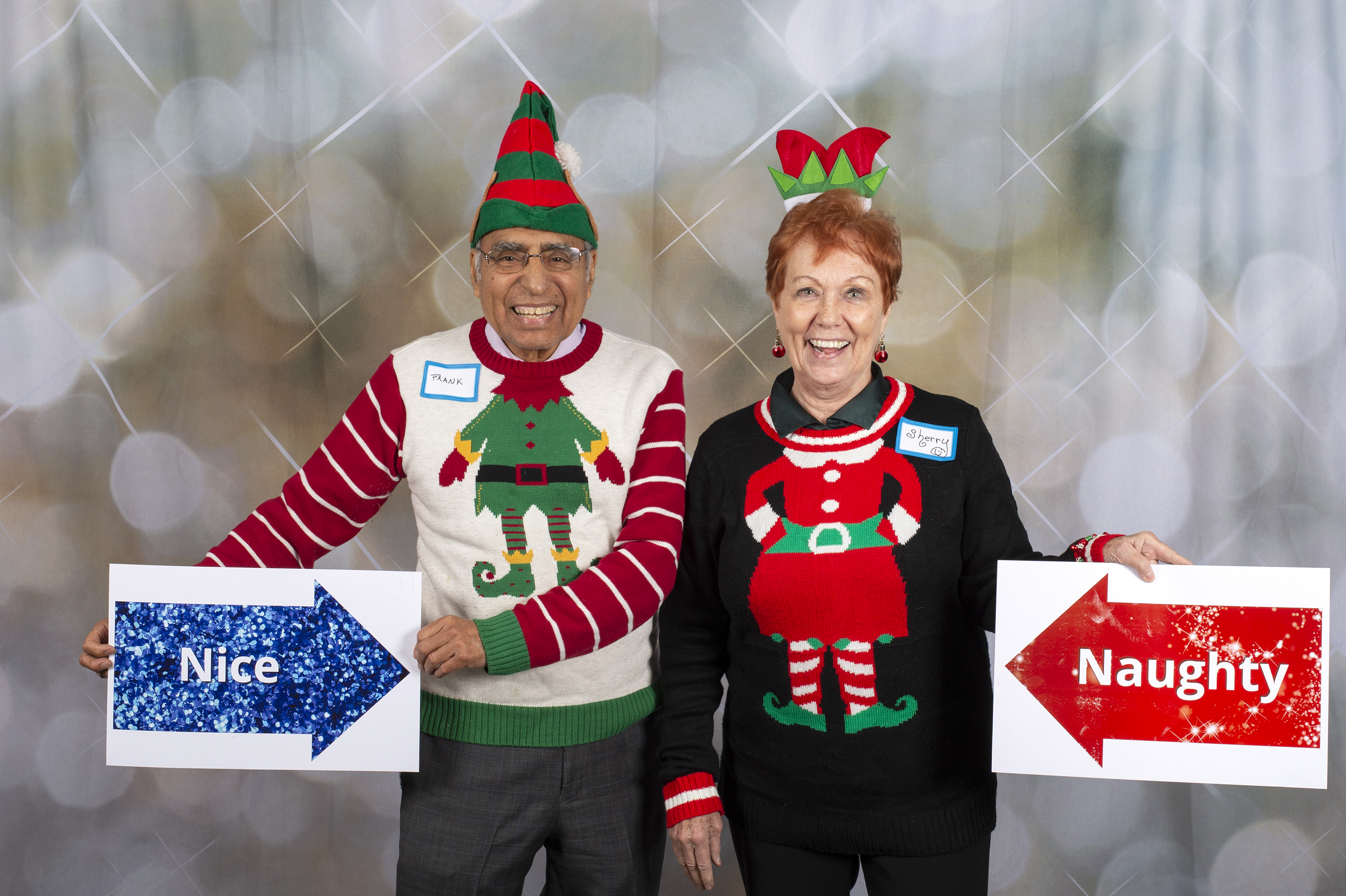